ATAS can also be named as Aptitude Test-Anticipating-Then-Surviving-Through-It-Else-Desperately-Look-For-Alternatives-If-God-Forbid-You-Don’t-Clear-It-Then-Face-The-World-With-Every-Lame-Excuse-You-Can-Come-Up-With Syndrome. I stopped here because for a candidate appearing in these MCATS and ECATS …world actually, momentarily stops right there.

All is well that ends well, they say. But what exactly a student goes through during this period is never to be taken seriously. Limited seats and the survival for the so called ‘fittest’ is the bottom line. How effective these aptitude tests are in making competitive doctors and engineers is of no body’s concern for we belong to the kind that is comfortable in continuing the traditions and re-igniting even the dying rituals. I do not have much issues with the way tests are conducted though but the stress one experiences in that phase of student’s life is something that should not be condoned. I planned to blog about it in light humor but the bitterness it triggers is something I just can not control. I mean just give me a break! Since when has it become a matter of life and death? But then this is what it exactly is. The worst being the fact that the competitors are mostly in the game just to clog the vacancies. The intentions? You will get to know: 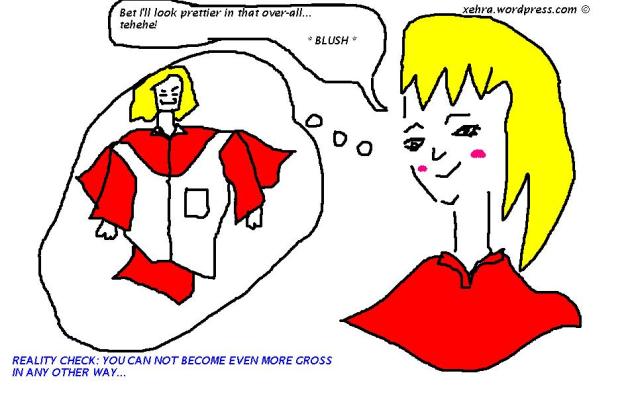 Mothers add even more to this pathetic viral mentality  . . . as in our society ‘rishta issue’ is the most critical:

Then we have some confused chaps , who are in it for some Goddamn reasons: 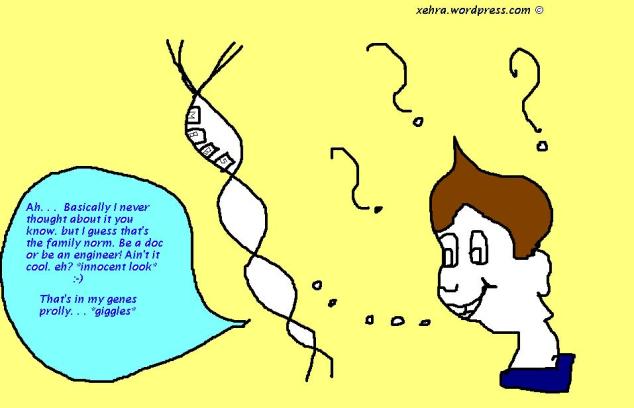 Speaking of which, let’s empathize what one feels when one of the acquaintance brags about his/her intentions in a totally cool way:

The-oh-so-cool-lady: I won’t ever opt for the job after completing M.B.BS, you know?

Me: Why do u want to become a doctor then? :s

The-oh-so-cool-lady: Ah. I’ll see, I don’t want to but lets see if my husband (whoever may he be)  allows. . . [ And she fixes her gaze at some unseen point and smiles. Background music: Zoooobi doobi dum dum. . . .]

I don’t know how I resisted myself from slapping her hard then.

If we inspect it closely there is no genuine competition in fact. Many want to be one just to keep up with the Joneses. Besides, every one is transformed into some one better just because of the God-sent aptitude and coaching centers that proclaim to get you into the highly prestige universities, no matter what. Throw in some bucks, get the short-cuts to solve the notorious MCQS  and dream sweet, a little of your university-to-be. Another scar-face rival is none other than our Matric and Intermediate board. As the weightage is considerably heavy because of it’s part, one may spot many whining about their un-fair results courtesy the boards. Many fabricate the excuses while many are right as well. Who knows and who cares really?

To cut it short, the un-due stress due to many un fair reasons will keep haunting our students until taken seriously. For the solace part directed to dear sweet candidates: Every thing happens for a reason. Un-fair factors will remain, but that is always some-how compensated somewhere. This is how the God rules… so trust Him, give your best and leave the rest to Him as they rightly suggest: Say naught the struggle not availeth! Cheers (: